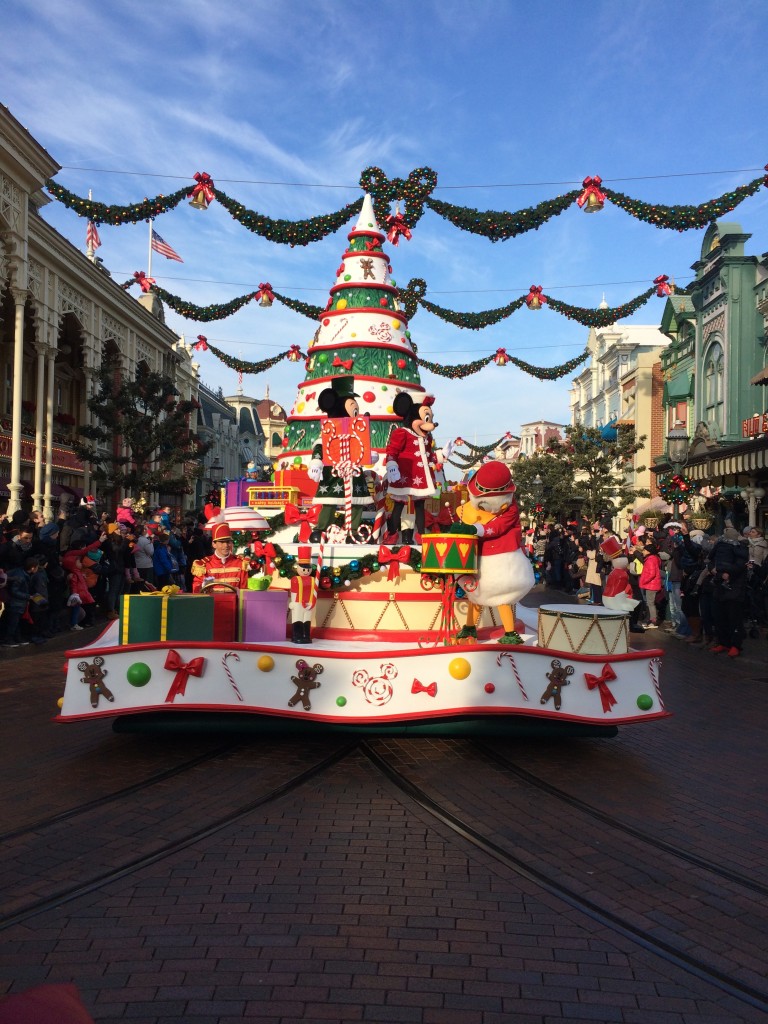 Ask any child, where in the world would they like to go most, and you will get a resounding response of Disneyland! So it’s fairly safe to say that Disneyland is on top of most kids wish list. Now combine Disneyland with a trip to Paris and it will soon be on every adults bucket list too!  When I surprised my two teenagers with tickets to Disneyland in Paris, I can tell you there was much excitement in my house!  We were off to spend Christmas in Europe and Disneyland was what my two kids wanted to see the most.

Whether you are young or young at heart, no matter what your age is,  you will love Disneyland.  From the moment you walk through the gates you will be thrilled as you catch sight of that familiar castle you have no doubt seen many times from the movies.   We visited Disneyland Paris at christmas time, around mid December. The park was spectacularly decorated for Christmas, a massive Christmas tree dominated the main street and there was even faux snow flakes gently falling adding to the atmosphere.  As we arrived the Disney Character parade was just beginning and I found myself just as excited as my kids were to see all the characters coming out and I was snapping away with my camera with a huge smile on my face, as my inner child was being released!

Disneyland Park is the main park where you will see the majority of the Disney characters either in the scheduled parades or located throughout the park where you can have your photo taken with a favourite character.  The main street is filled with souvenir shops and restaurants.

The park is divided up into “lands” where themed rides, shops and restaurants are located.

The Entry into Disneyland which is the first checkpoint.  At this entry your bags will be checked before you can enter the the park.

The entrance into Disneyland Park, which is the main park.  Here you will line up to present your tickets at the booths.  There were only a few booths open as December is a quieter time of year and I did note that with the amount of ticket windows available that peak times must be extremely busy!

As soon as we came upon the main street, the first character parade began with a Christmas theme and the music and atmosphere was enchanting.

The parade included all the most loved Disney characters from Toy story to Mickey Mouse to Shrek characters and being Christmas time the parade ended with an appearance of Santa Claus in his sleigh.

My daughter and I in front of the iconic Disney Castle.

Time for something to eat, there are many eateries located through out the park.  There are some restaurants that are full table service and there is one that has the Disney characters present but they must be booked in advance.  We settled on the Chalet de la Marionette which served food similar to McDonalds.  When you are on a mission to see two parks in one day every minute counts, so fast food was fine by us!

My daughter with her park map in hand exploring Frontierland and trying to work out which rides to go on first.

One of the rides Big Thunder Mountain.  I’m not very good on rides but my kids tricked me onto this one.  They rode it first and then promptly tried to convince me to go on it.  I wasn’t convinced but found myself in the queue and then at the point of no return, all the while asking my son and daughter if it was anything like a roller coaster.  Both said no with rather sinister looks, anyhow I get on board and all seems quite nice and then all of a sudden we are speeding through twists, turns and soaring from heights! Hmmm safe to say they both were killing themselves laughing at my horror!  Although I must admit it when it was over, it really wasn’t that bad!

The beautiful Christmas tree and towards the end of the evening there is a lighting of the tree ceremony. The tree lights up in many different colours in a spectacular fashion, quite a lovely show to sit and watch.

Disney Dreams is the finale of the evening and what an amazing sight to behold.  The light show goes for around 20 minutes and it really is a brilliant.  A continuous light show accompanied by fun and at times dramatic music.  I will guarantee you will be mesmerized!

Walt Disney Studio Park is the smaller of the two parks and is dedicated to show business and entertainment.  There are a number of rides at this attraction that are more suited to older kids with a lot more thrills and screams guaranteed!  Here you will also find stunt shows, cinema productions and Disney junior shows for the little ones.

The main entrance into Disney Studios

We found Mickey Mouse as soon as we walked in and joined the short queue for a picture.  There is a professional photographer taking photos for you to purchase, but the staff are very happy to take photos on your camera for you as well.

My kids standing in line for the Hollywood Tower Hotel ride where the elevator ride plunges down stories in darkness!

Inside area where you can re-charge with a coffee or something to eat in one of the restaurants or do a little souvenir shopping.

Pre-buy your tickets before you leave.  You can purchase them either online via the Disneyland Paris website, at the Disney store on the Champs Elysees or various booking agencies.  I ordered my tickets online via the FNAC site and got a significant discount.  I printed our e-tickets in Australia and there were no issues when I arrived and were given park tickets.

Getting there by train

If you are staying in Paris, it really is quite simple to get to Disneyland Paris by train.  Simply buy your ticket at one of the ticket machines at any metro station.

We bought a one day ticket for entrance to two parks.  We found that one day was not enough time to see and do everything.  If you do decide to go for this option and you have older kids, then I would suggest you go early and do the Walt Disney Studios first and then move onto the main park in the afternoon.

If time permits choose a ticket that lets you take two days to explore both parks.

The resort hotels will allow you to enter the park two hours earlier than the general public.

There are more choices for restaurants at the main park, including full table service and a Disney character themed restaurant.

The park closes earlier in winter at around eight p.m

In winter wear warm clothes as it gets extremely cold especially once it gets dark as you spend most of your time outdoors.  This was the only time in our five weeks in a European winter that we wore thermals and we were extremely happy we did because it got bitterly cold.  I would even take an extra pair of socks as your feet get really cold too.

At the entrance make sure you pick up a park map guide.  It will help you to plan what to see and do, along with locating facilities and restaurants.  The maps are available in many languages.

I highly recommend if you are in Paris, even if you don’t have kids, to make a visit to Disneyland Paris.  The atmosphere and entertainment is an unforgettable experience.  My kids and I had an amazing time, we loved the parades, the characters, the rides and the general exploring of the parks.  We also left with an armload of gifts and souvenirs, it’s hard not to go crazy here!  The Disney dreams light show just tops off an utterly fantastic day.  Yes it is a little expensive but I feel it’s definitely worth it.

If you would liked or found this post helpful,  please subscribe to the Travel Drink Dine blog site by hitting the follow button located either at the side or at the bottom of this page.

A Unique Stay at Hotel Astoria in Kotor 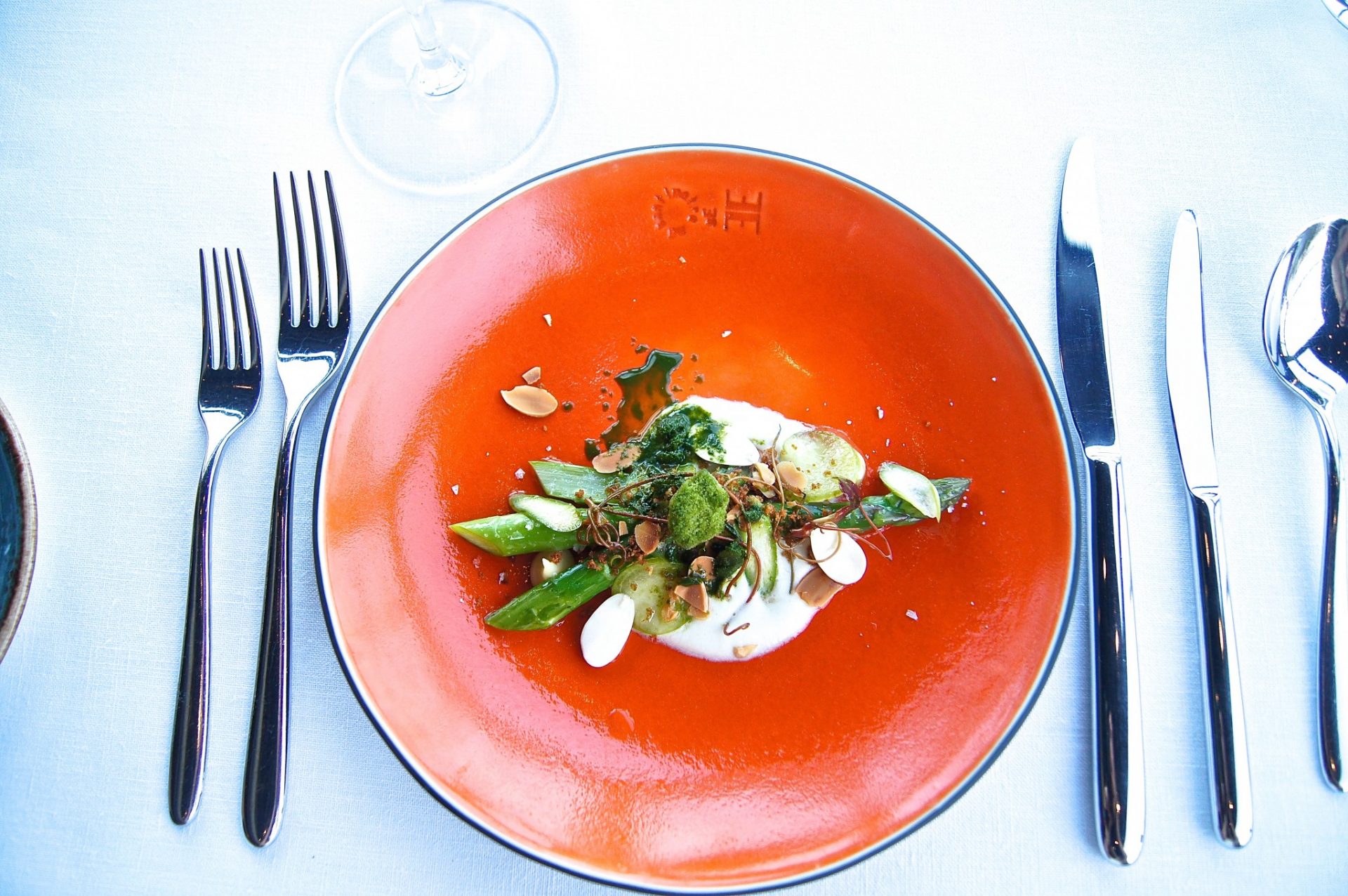